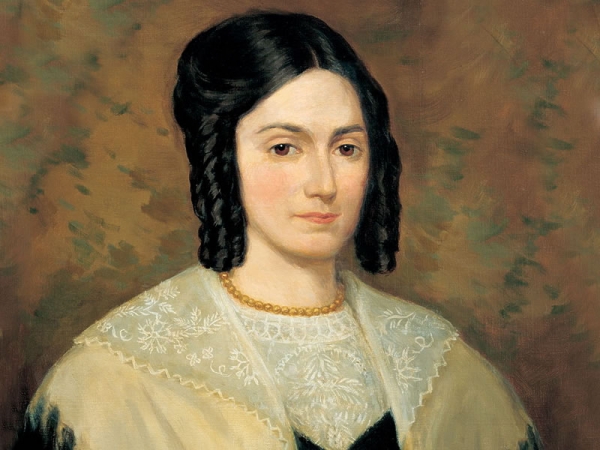 Emma Hale Smith came to Fulton, Illinois, in the fall of 1846 because she feared for the safety of her family. Emma's husband, Joseph Smith, founder of Mormonism, had been killed in 1844 in the Carthage jail. Emma had six siblings living in Dixon, Amboy, and Sublette. She traveled upriver to Fulton from Nauvoo, IL, aboard the steamer the Uncle Toby. Her journey took six days with her children Julia 15, Joseph 13, Fredhist-emmahale-2.jpgerick 10, Alexander 8, and David 2.

In Fulton, Emma rented space in a large, white 2-story boarding house at the NE corner of 12th Avenue and 4th Street. She and the children found normalcy in Fulton's river setting and the winter refuge enabled them the opportunity to restore their physical and mental health.

At her death in 1879, a letter to the editor of the Fulton Journal wrote, "It seemed to me that the rocky hills of Pennsylvania had developed in her a character of uprightness and integrity that carried her bravely through trials that would have overwhelmed women of more common mould."