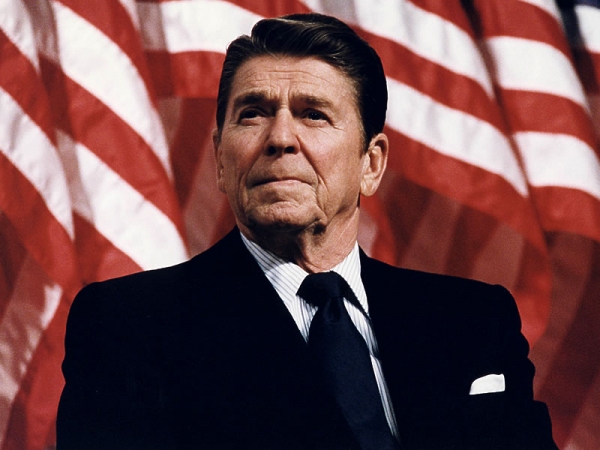 Mary Anne Elsey Wilson was born in England and immigrated to the US to work as a domestic servant. Thomas Wilson was born April 28, 1844, in Whiteside County. Thomas and Mary Anne were married on January 25, 1866, in Morrison, Illinois, and had the following children: Emily, John, Jennie, Alexander, George, Mary, and Nellie Clyde. In the 1900 US Census, Mary Wilson lived with Nellie, a student, on Base Street in Fulton. Mary Anne died on October 6, 1900, and is buried in Fulton. Thomas died December 12, 1909.

John (Jack) Edward Reagan was born July 13, 1883, in Fulton, Illinois. He lived with his Aunt Margaret in Bennett, Iowa, after the death of his parents. On his return to Fulton as a young adult, he worked as a clerk in J.W. Broadhead's dry goods store. He was a salesman with particular success in the shoe business. He lived in Tampico, Dixon, Chicago, Galesburg, and Monmouth. In 1941, he died in California at age 56. Nellie Clyde Reagan (Wilson) was born July 21, 1883, in Fulton the youngest of seven children of Mary Ann Elsey and Thomas Wilson. Nellie's father left them when Nellie was seven. Her mother died when Nellie was 17. Nellie worked as a milliner in Fulton. In November 1904 when Jack and Nellie were 19 years old, they married at Fulton's Immaculate Conception Church. They had two children: John Neil, 1908, and Ronald Wilson, 1911, both born in Tampico, Illinois.

Michael O'Reagan was born in Ballyporeen, County Tipperary, Ireland in 1829. He married Catherine Mulcahey October 31, 1852, in London. In England, his occupation was a soap maker. They emigrated to Carroll County, Illinois, in 1858 and farmed in Fair Haven, Illinois. At age 54, he died from congestion of the lungs. He was buried in the Catholic Cemetery in Fulton, March 1884.

Catherine was born in the county of Tipperary, Ireland, in 1829. She and Michael had five children who lived to adulthood: Thomas, John, William, Margaret, and Mary. Only one of the children, Margaret, was living at the time Catherine died at the age of 70. Catherine also had five grandchildren: Will Reagan, John E. Reagan, Will Chapman, and Margaret Chapman, and Josephine Baldwin Wittle. One year after her husband Michael died, Catherine moved to Fulton and lived here 25 years. She was buried in the Catholic Cemetery in Fulton, April 1908.

William spent most of his life in Fulton where he was a cigar-maker. He died at age 45 and had problems with alcoholism and mental illness.

From N. 4th Street proceed to top of hill. To the left is a smaller hill with family plot.
Millinery hats made in Fulton

Mary A. Reagan was born in Fair Haven, Illinois, March 13, 1865. At 17, she came with her mother, Catherine Reagan, to live in Fulton. She took a two year business course at Northern Illinois College and then with her sister Margaret engaged in the millinery business for 22 years. Her first marriage was in 1890 to Edward Chapman whose accidental death occurred six years later leaving her a widow with two small children, an invalid mother, and the four orphan children of her brother, John. Her second marriage was in 1904 to Dr. G. W. Clendenen, the founder and supreme medical examiner of the Mystic Workers of the World. Their beautiful home (710 11th Avenue) welcomed many guests. Four years after this marriage, Mary became ill and died suddenly at the age of 43. The Chapman children and the children of John and Jennie Reagan were then cared for by their grandmother, Catherine, and their Aunt Margaret.

Margaret is the aunt who lived a long life and spent much of it as a caregiver. Margaret and her sister, Mary, were partners in the millinery business in Fulton. At age 38, Margaret married Oscar G. Baldwin. He operated dry goods stores in Bennett, Iowa, and Prophetstown, Illinois. They provided a home for the four orphan children of Margaret's brother, John, who had died in his 30's and her sister Mary, who died at 43 along with two Chapman children. She also cared for her mother, Catherine, who was paralyzed for two years prior to her death in 1908. In the 1930 US Census, Margaret (71) was living in Clinton, Iowa, with Marguerite Chapman (Mary) who had married Allen Lockhart in Fulton.

Places with Reagan Connections in Fulton

For more information on Reagan's connection to Illinois visit: www.ronaldreagantrail.net